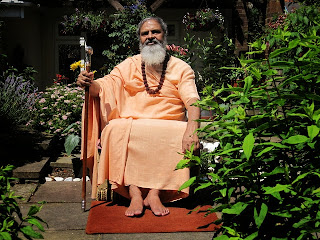 Born in virtuous and sacred Brahman family on 12-12-1949, he showed signs of fervor towards spirituality during his childhood. He read many Vedic scriptures in his childhood which progressively developed in him a resolve to lead a Sanyasi’s (A life of renunciation) life for the welfare of mankind. Pujya Nirvana Pithadhishwar Acharya Mahamandleshwar Maharaj Shri Swami Vishvadewanand Guriji was initiated into an order of Sanyasis of Adi Shankaracharya, by one of the greatest saints revered Pujya Nirvana Pithadhishwar Acharya Mahamandleshwar Swami Shri Atulananda Puriji (Vedant keshari). He studied M.A.in English,Acharya in Darshan , Vedas, Upanishads, Yoga and other ancient scriptures under the guidance of great saints ofIndia. Following Vedic tradition of Great Sanyas Ashram Elise Bridg Ahemdabad and the land of scholars the great tradition of Govind Math, Varanasi, he spent many years of life in intense penance and Sadhana (spiritual practices for self realization) at many places in Himalayas including, Punjab, Gujarat forests Haridwar and Varanasi and on the banks of river Ganges.

In order to understand the plight of people and possible solutions for dispelling ignorance, he went on a pilgrimage to all the holy places in different parts of India. Later, he went for world tour to share his knowledge to people throughout the world. Guided by divine within, supported by Vedic knowledge and rich experiences of spirituality, he developed a very broad vision to serve the society based on the greatest dictum “Vasudev Kutumbkam” meaning “the whole world is one family of divine”. That’s why he is The Founder of Visva Kalyan Foundation in Haridwar. The saints of the Sanatan Dharma (Hindu Society) and a leading organization of millions of sadhus, the SHRI PANCHAYATI MAHANIRVANI AKHADA had designated him as PRIME SAINT in 1985 at the Haridwar Maha Kumbh. He has then been appointed as ACHARYA MAHAMANDLESHWAR i.e. the leader of all the saints of SHRI PANCHAYATI MAHANIRVANI AKHADA. As the Acharya Mahamandleshwar of the Akhada, Maharaj Shri is Chairman of various Ashrams situated at Haridwar, Varanasi, Kolkata and Ahmedabad etc.Maharaj Shri established The First Shri Yantra Mandir of world made by stone. This temple is situated in Kankhal, Haridwar , Uttrakhanda(Himalyas) India.

Pujya Maharaj Shri has now been delivering religious discourses for the last thirty years, as a preacher of the Sanatan Dharma. In India, Pujya Maharaj Shri attracts huge audiences. His simple, scientific and interesting presentation of the philosophy is so powerful that it has changed the lives of thousands of people. He often tours outside India as well. He has inspired thousands of people in Singapore, Malaysia and England, Canada , America where his visit is always anxiously awaited. Pujya Maharaj Shri visited USA several times and evoked a tremendous response in every city that he visited.
His lectures cover the teachings of the Vedas, Upanishads, Bhagavatam, Puranas, Bhagavad Geeta, Ramayana, and other Eastern and Western philosophies. Like the true disciple of a true master, Pujya Maharaj Shri masterfully quotes from scriptures of different religions that have the ability to satisfy even the most discerning of knowledge seekers. He also reveals the simple and straightforward way of God-realization which can be practiced by anyone. Another special feature about his lectures is that he establishes every spiritual truth through scriptural quotations, irrefutable logic and humorous real-life illustrations. His wisdom filled anecdotes, humorous stories and clarity has the audience both enthralled and entertained for the entire duration of his lecture! Pujya Maharaj Shri’s warmth and humility touch all those who have the fortune to have his association. In fact, his very presence radiates Grace and Bliss.
Pujya Maharaj Shri is a Great Philosopher – a great thinker. Science is not the end for him. Science can only create a better world bereft of poverty, illness and unfair disparities. He thinks beyond science. He creates a world of universal oneness – integrated with religion, science and art. He is the ‘confluence’ in which many streams converge and reflect an individual’s quest for meaning.

Pujya Maharaj Shri’s aims at creating men of wisdom, science, art and religion. He believes – a realized wise human being only can form a beautiful heavenly world. He leads his disciples to the path of peace and salvation, weaning them away from worldly delusions. He links spirituality with social responsibility and world peace. Pujya Maharaj Shri has made people more responsible towards others to make the world a place where all can live together peacefully and where strife, tension, evil, inequality, intolerance do not exist. For him, universe is a complete family.

Pujya Maharaj Shri seems unaffected by this incredible list of accomplishments and remains a pious child of God, owning nothing, draped in saffron robes, living a life of true renunciation. His days in Haridwar are spent offering service to those around him. Thousands travel from America, Europe and England as well as from all over India, simply to sit in his presence, to receive his”darshan.”To them, the journey is an inconsequential price to pay for the priceless gift of his satsang.

Millions of seekers / devotees are doing spiritual practice under the divine guidance of Pujya Maharaj Shri the world over. They are finding themselves more energetic and spiritually they are feeling enlightened.
Pujya Maharaj Shri took Samadhi on 7th May 2013.
Other link's
पर मई 27, 2013 कोई टिप्पणी नहीं: इस संदेश के लिए लिंक 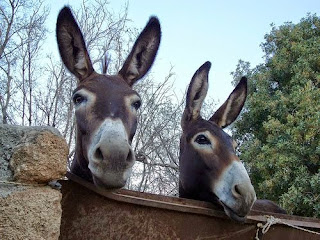 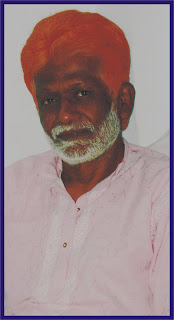 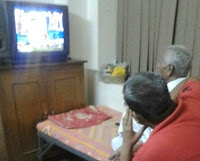 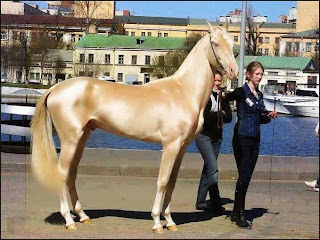 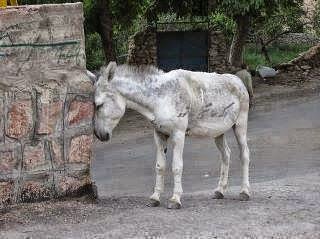