Of many things that a newborn girl child from Gwalior can bring to her father, this is something really special — a gun license. This is the new mantra of Gwalior District Administration to tackle the skewed sex ratio and higher female foeticide rate in the city.
“I have a certain discretion in giving licenses. This is just an effort to protect the girl child,” Gwalior District Magistrate Parikipandla Narahari told
The Pioneer.A 2001 batch officer,originally from Andhra Pradesh, Narahari moved to Gwalior from Singrauli in December last year. He was baffled to see people’s love for guns. “When I moved base from Andhra, I foundpeople in Gwalior — even ones on rickshaws and cycles —bearing arms. The number of pending applications for gun licenses was mind-boggling. It was then that I hit upon this novel idea,” said Narahari.
Thirty out of 60 wards of Gwalior have a sex ratio of less than 800 girls per 1,000 boys — as against the national average of 940. According to the 2011
census figure, the sex ratio (0-6 years) is 832 as against 852 in 2001. These figures for the neighbouring districts of Chambal fare no better.
“People have started coming to me with requests that their application process be speeded up because they have a girl child of their own. It gives me immense pleasure to realise that the idea to save a girl child has started reaping benefits,” said Narahari. As Project Director with the Integrated Child Development Services and Deputy Secretary at the Women and Child Development Department of Madhya Pradesh, Narahari conceived the award-winning Ladli Laxmi Yojna of Madhya Pradesh. The scheme has, in fact, been replicated in many States. During the last one year, Gwalior administration also initiated a scheme to install a GPS-enabled 'active tracking device' in 90 ultrasound machines at clinics of the city to keep track of illegal sex-determination tests. This device captures the video and sound of the conversation inside the laboratory and helps review scanned images of a pregnant woman.
The administration can monitor the activities of these centres the moment USG (ultrasonography) machines are switched on, as the GPS-enabled device starts transmitting necessary information, including video recording. The result - licenses of 30 clinics have been cancelled for illegal sex determination.
Thanks to The Pioneer
पर अक्तूबर 15, 2012 1 टिप्पणी: 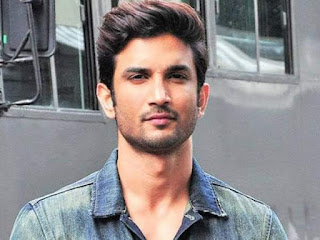